Let’s start with the bad. Since it was the bad that happened first anyway.

Two days ago, my sister was cooking up some prawns. I LOVE prawns. But sometime back i had a bit of my lip swelled up after eating prawns. So i decided that i can’t eat it. Again later on i accidentally ate it (mixed into some rice).. and nothing at all happened. So this day (two days ago), i thought it’s gonna be okay. How wrong was i?

First nothing happened. I rejoiced saying “I’m alive”. I was making kites with my niece and nephew. We went up on the terrace to fly them. Mid flight i felt my lungs burning up. It was the worst attack i had. I can’t remember how i managed to get downstairs to my apartment to grab my inhaler.. nor the number of puffs i took. I was scared. My nephew followed me angry, ‘coz i left so abruptly. He saw my state and rushed to his mother. Previously, i have told all of them that if i have an attack, leave me be for a while. I get irritated when people touch me, or talk. So my sisters observed me from afar, once in awhile coming into the room and checking up. My eldest sister noticed that i got hives. My face was swelled up and red. She insisted that i go to hospital. I insisted no, I hate hospitals.

Like an hour later, the asthma attack got better, but the hives were there, and it was getting worse. I hated that feeling, so i agreed to go to hospital. The doctor i showed to didn’t even look at me, ask a question, check my skin or my breathing before he started writing medication down. He didn’t bother to explain what it was even when asked. Just said to take this at this hour and that at that hour. On top of that he wasn’t sure of the medicine name, and was asking his helper if she knew. I was irritated. I wasn’t gonna take a medicine that was given by a doctor on a whim.

Anyway.. i feel much better now. No thanks to medicine. But i realized later that my attack could have been worse. Anaphylaxis was the worst thing that could have happened.. and thank god that it didn’t happen. The emergencies in this town… they suck. People have to wait in line for emergencies, to be categorized to see whats worse. If the person who sees me first doesn’t realize i really can’t breathe, i’ll have to wait for treatment.

Now for the good news. I got the job i applied for. YAYYYYY! I mean this is not just any job. This is THE job. The job i always wanted. The place i always wanted to work at. I will finally be able to show to everyone that i can do it. Coding is something i love. And i will be doing that for a career. Yayyy! 😀 Salary is awesum. People there seem friendly. Today i went and signed the contract. I start work tomorrow. I am SOO nervous.

Would love to see your comments Cancel reply 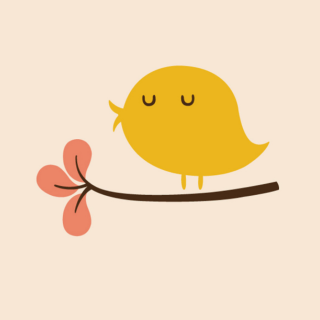 A 24 year old almost graduate, with a dream of becoming a writer one day.

Books i am reading these days: